The Myth: It’s cheaper in the long run to build our own stadium!

To use the NFL quality world-class Wofford stadium: Less Than $156,000 per year

If you’ve seen the recent complaints by the District 7 Superintendent about the high cost of using the Wofford football stadium, you might be inclined to think that it’s better for the district to build their own stadium because it’s cheaper in the long run. (Herald Journal article about the stadium)

We looked into it, here’s what we found:

Just as with District 7’s high costs of building a new high school ($128 million), the stadium costs shocked us as well. In fact, building a new stadium just might be the worst part of this entire boondoggle.

The bottom line is this:

Even if we were given a brand new stadium for free, it is MUCH more cost effective to use the NFL quality world-class Wofford stadium than to build our own.

Let this sink in; It will cost more to maintain a new stadium than to use Wofford’s.

And then when you add in the cost of building a new stadium from scratch–the millions of dollars of debt we will dump onto our children and grandchildren–this rises to an unfathomable level of greed and irresponsibility.

The construction companies, architects, realtors, consultants and the rest of the cronies get paid now, padding their pockets, while our children and grandchildren are left paying the debt from now on.

Spartanburg High School is built in downtown Spartanburg, where it still operates today as the Spartanburg Community College.

Long-time Spartanburg residents report that as early as they can remember, the football team played their home games at the Wofford Stadium. 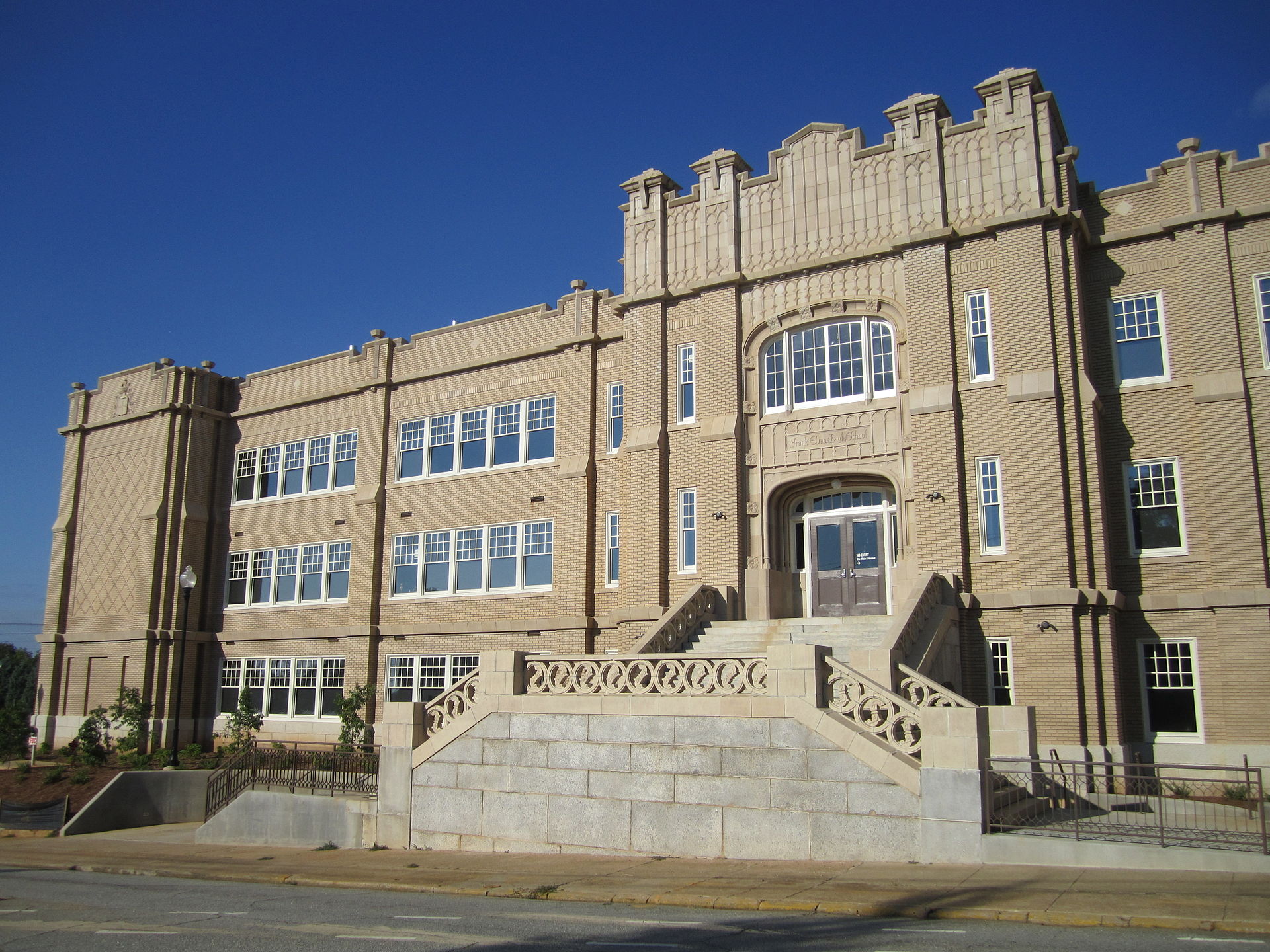 — a contract between Spartanburg High School and Wofford is signed, putting a PER-YEAR fee into effect good until 2011. 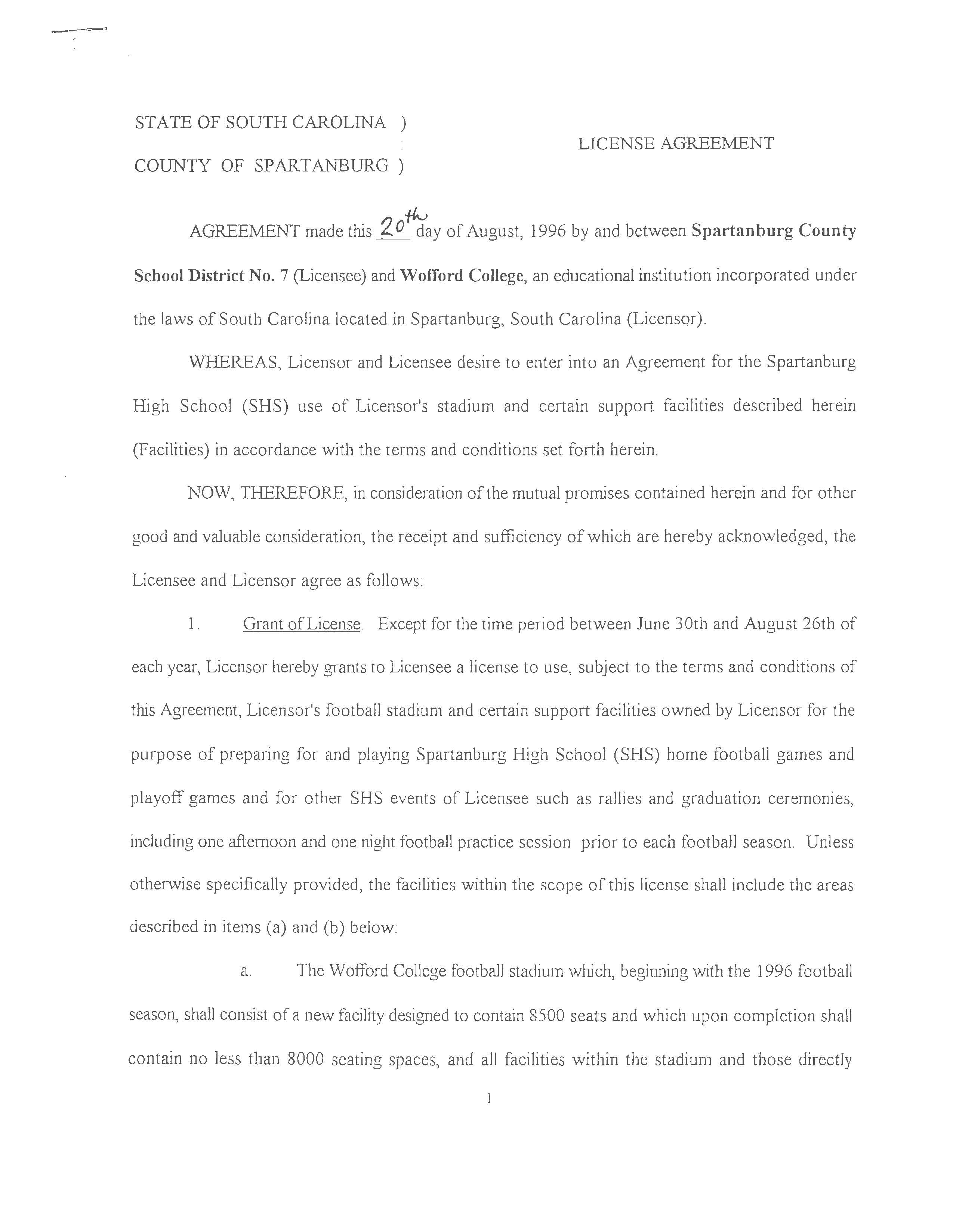 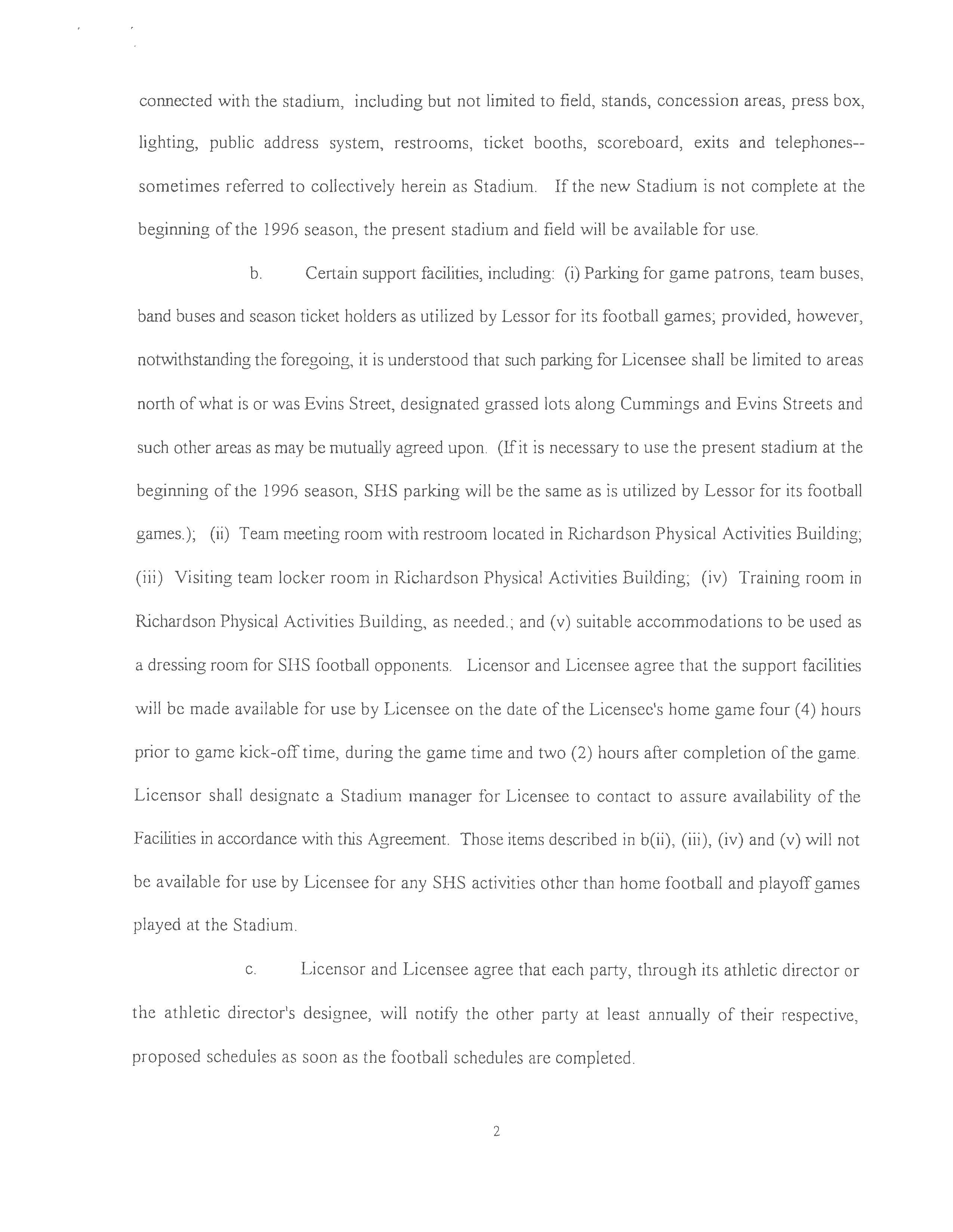 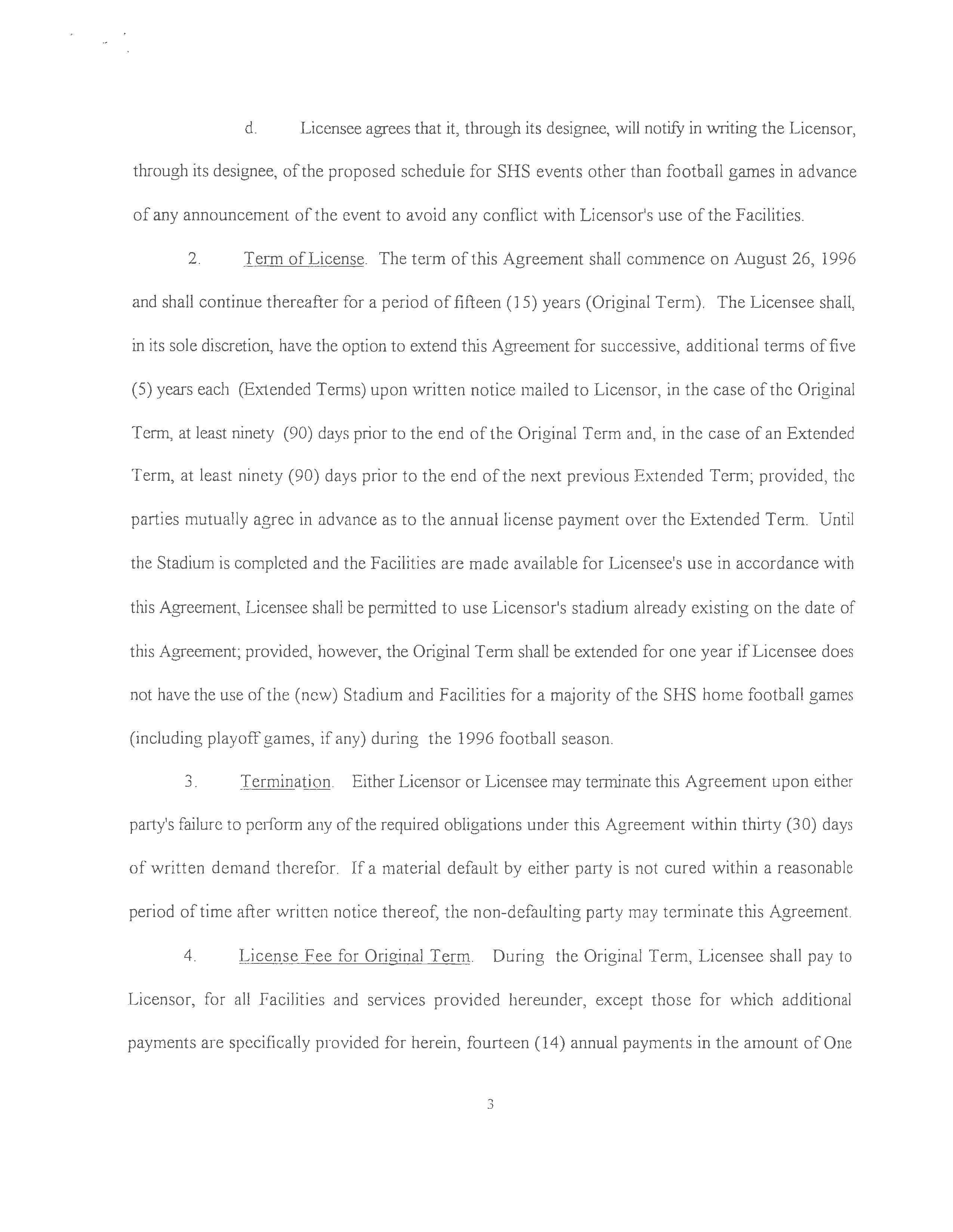 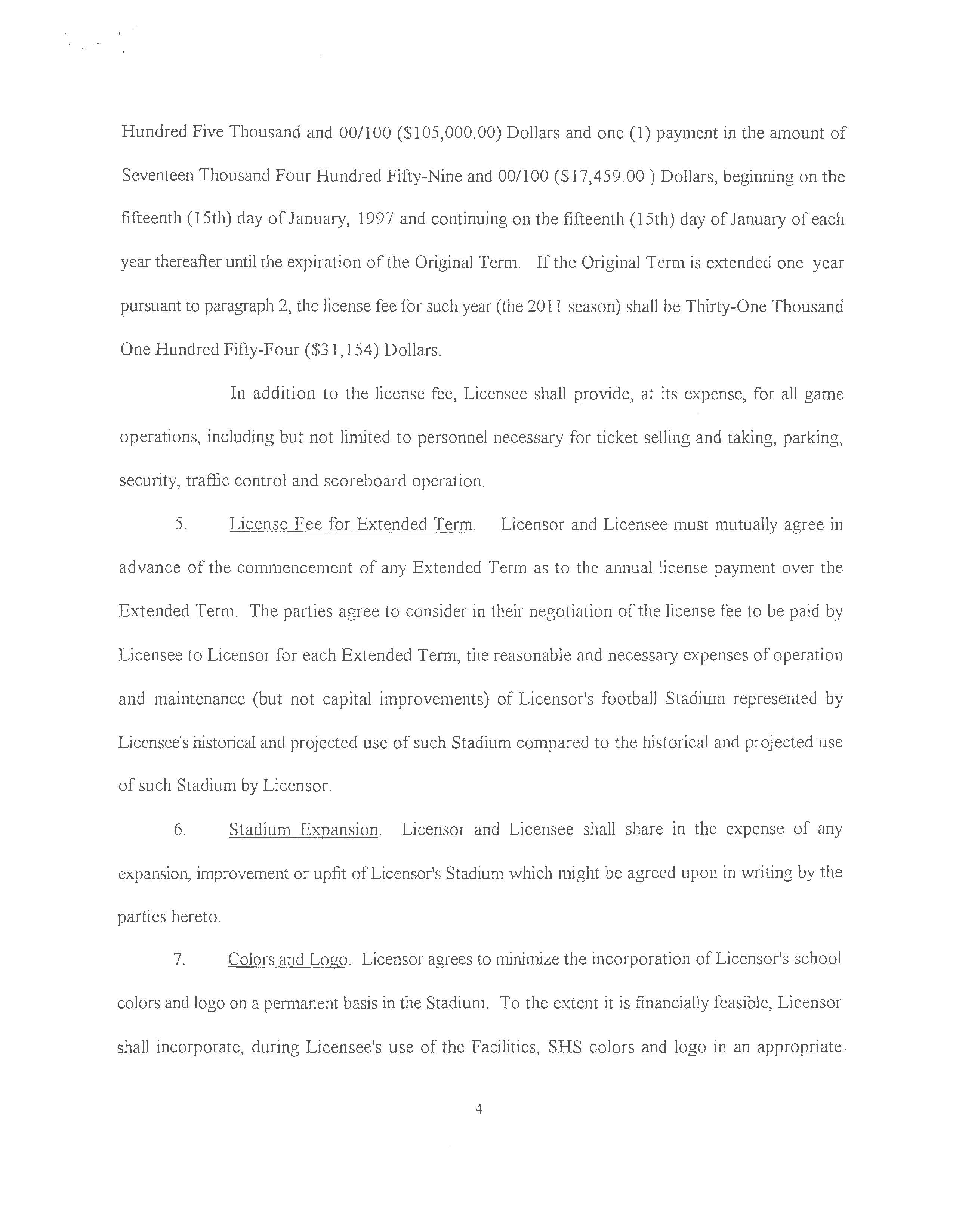 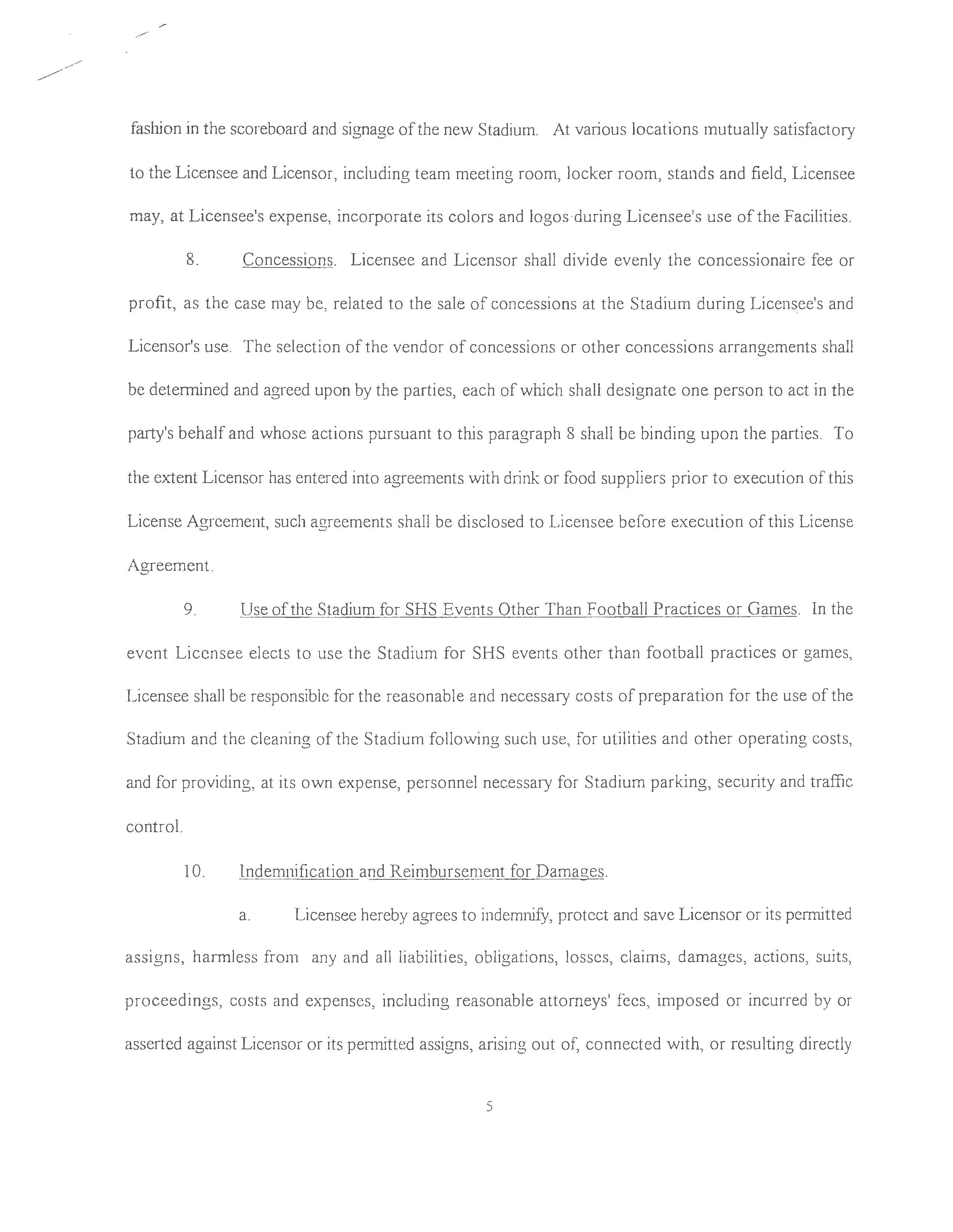 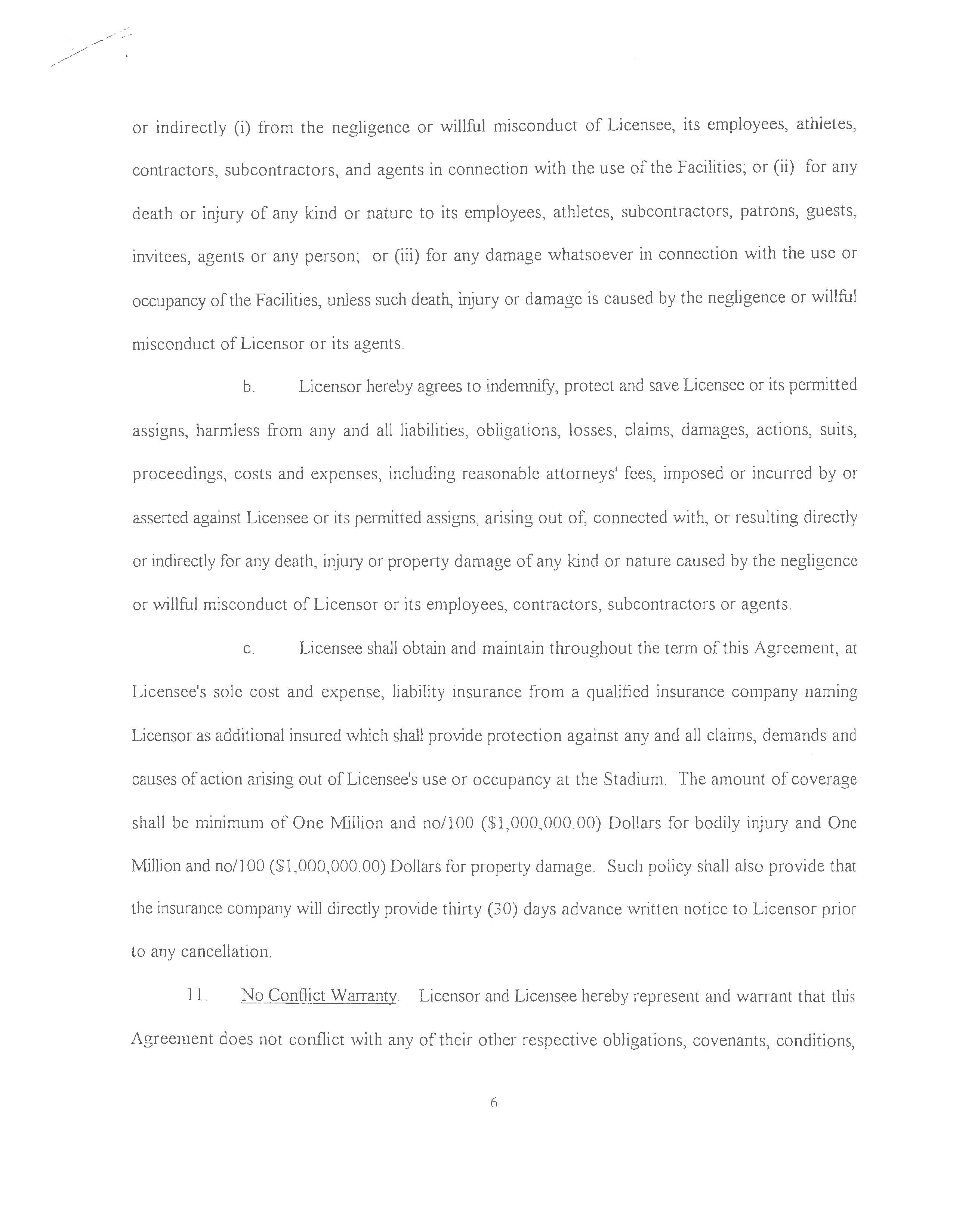 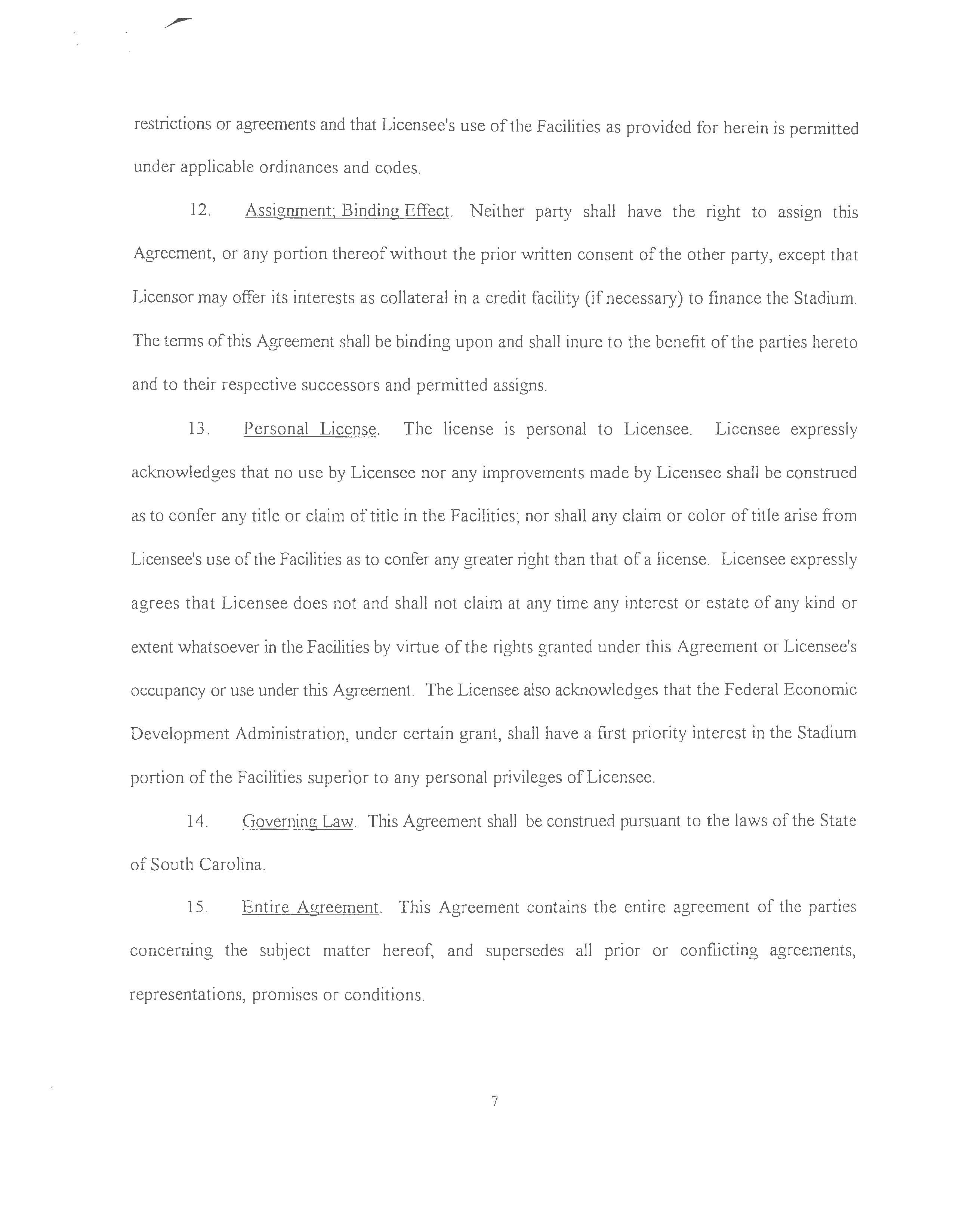 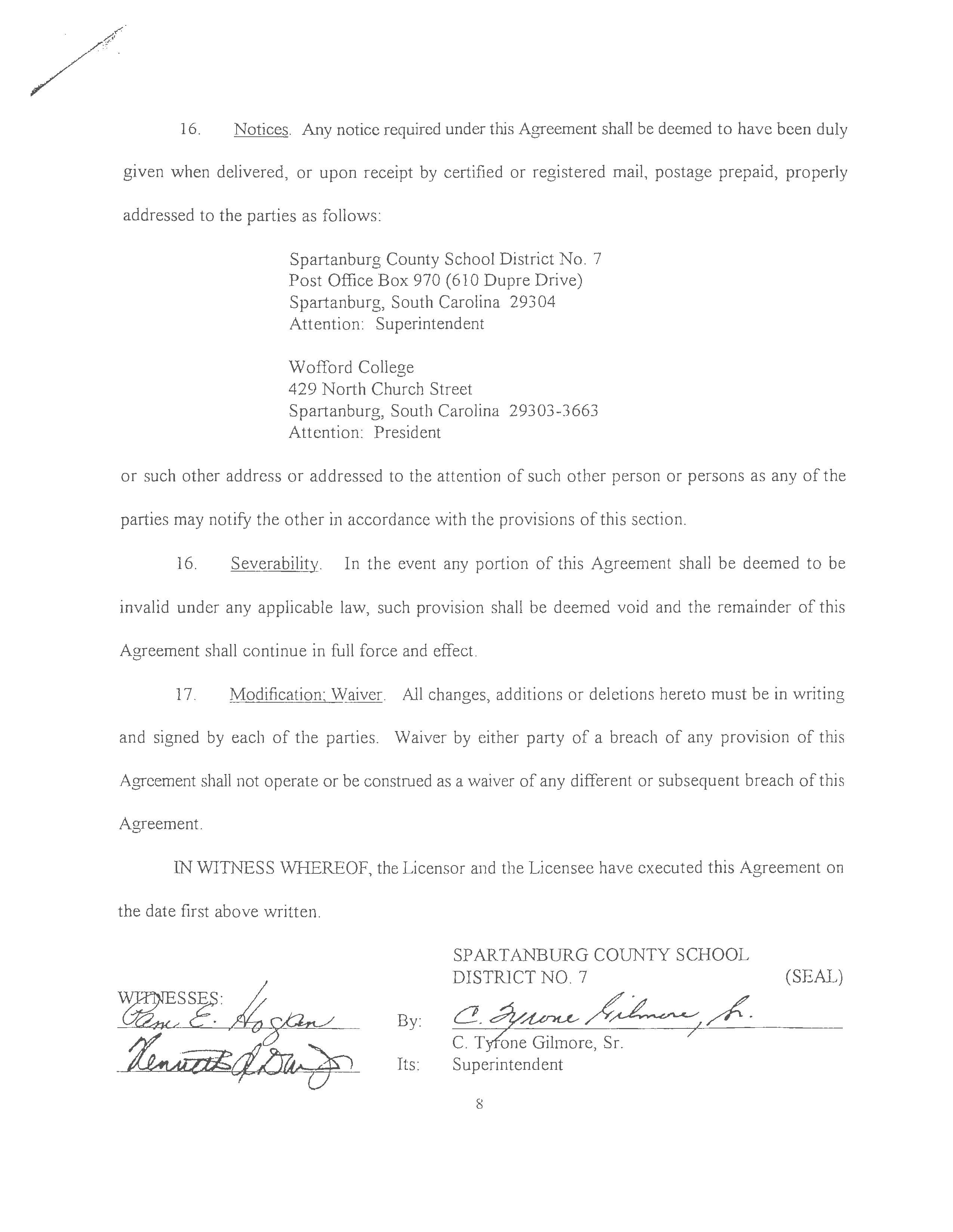 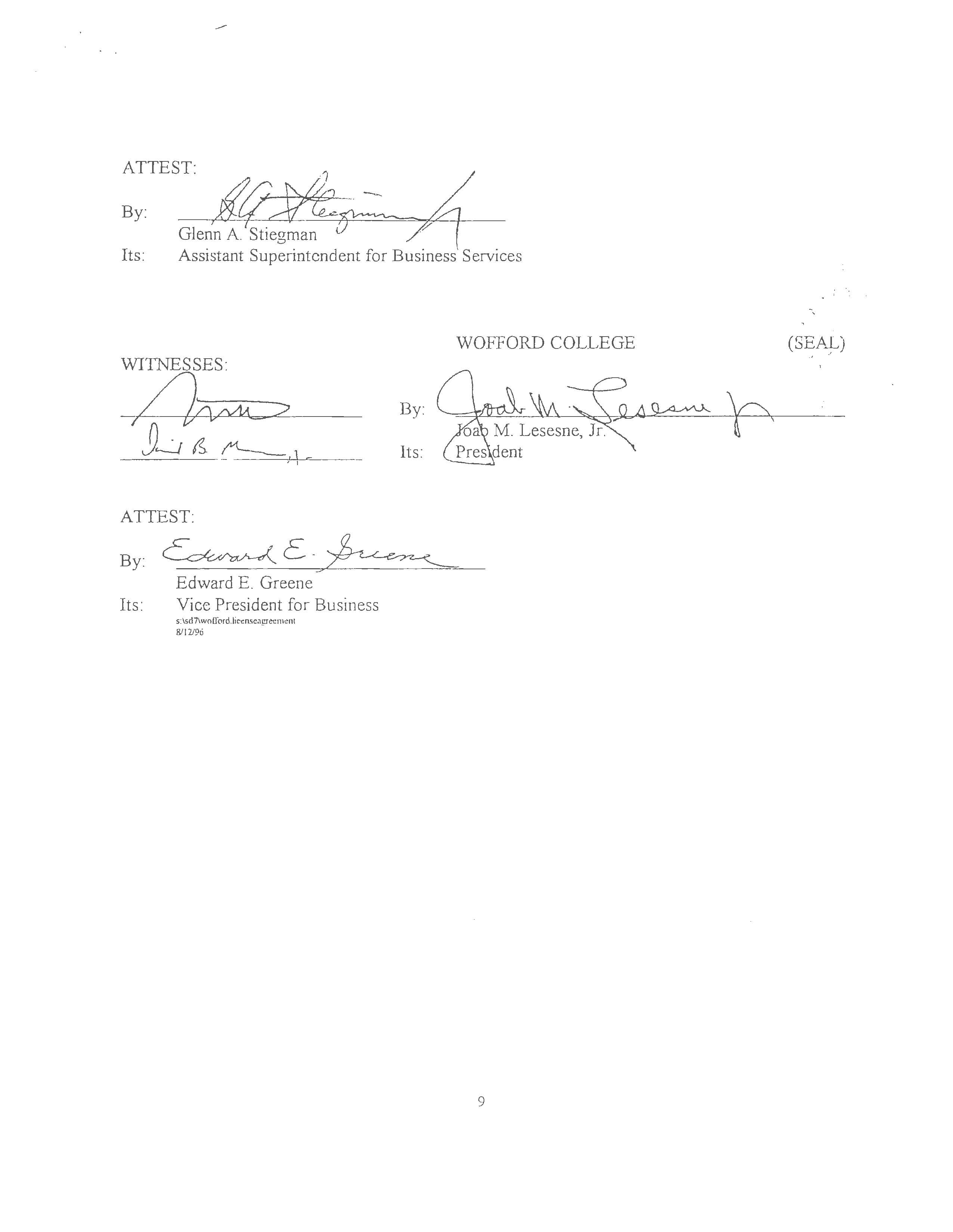 — a letter from Wofford reminding the District that the addendum switching from a PER-YEAR fee to a PER-GAME fee would need to be signed and returned within 30 days, or corrected if needed. 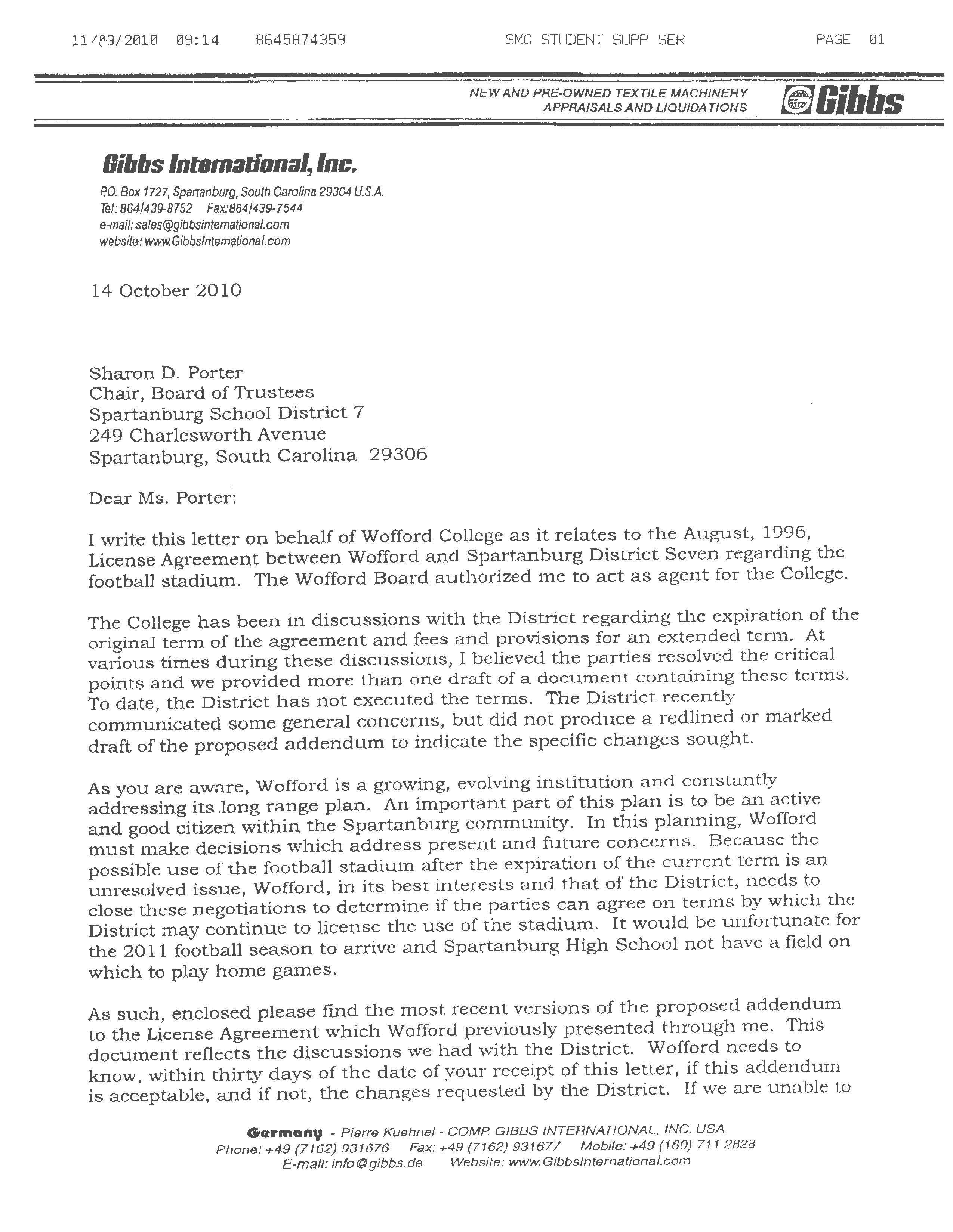 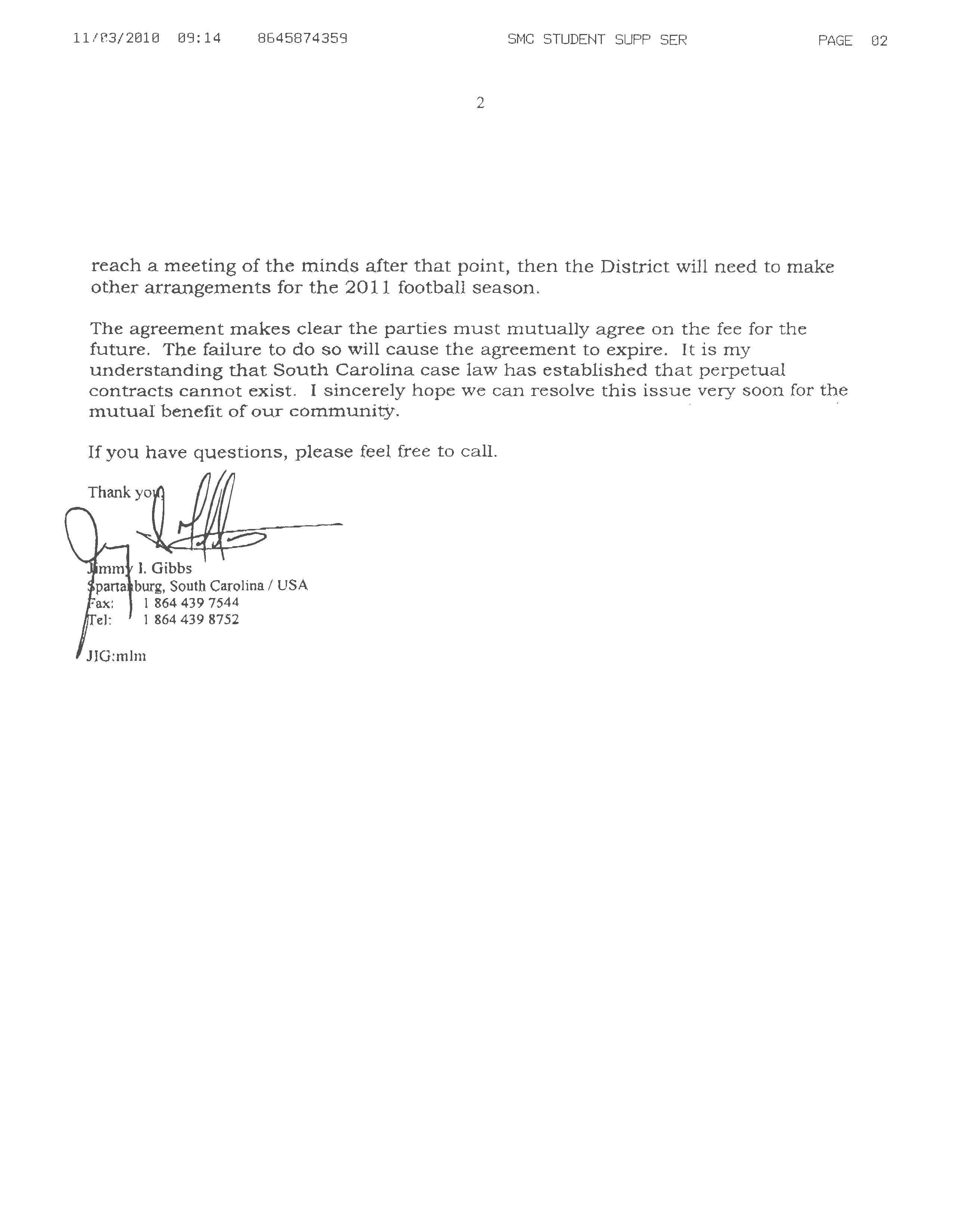 — memo from the District’s law firm, recommending that the District continue their negotiations with Wofford, renewing the contract five years at a time. 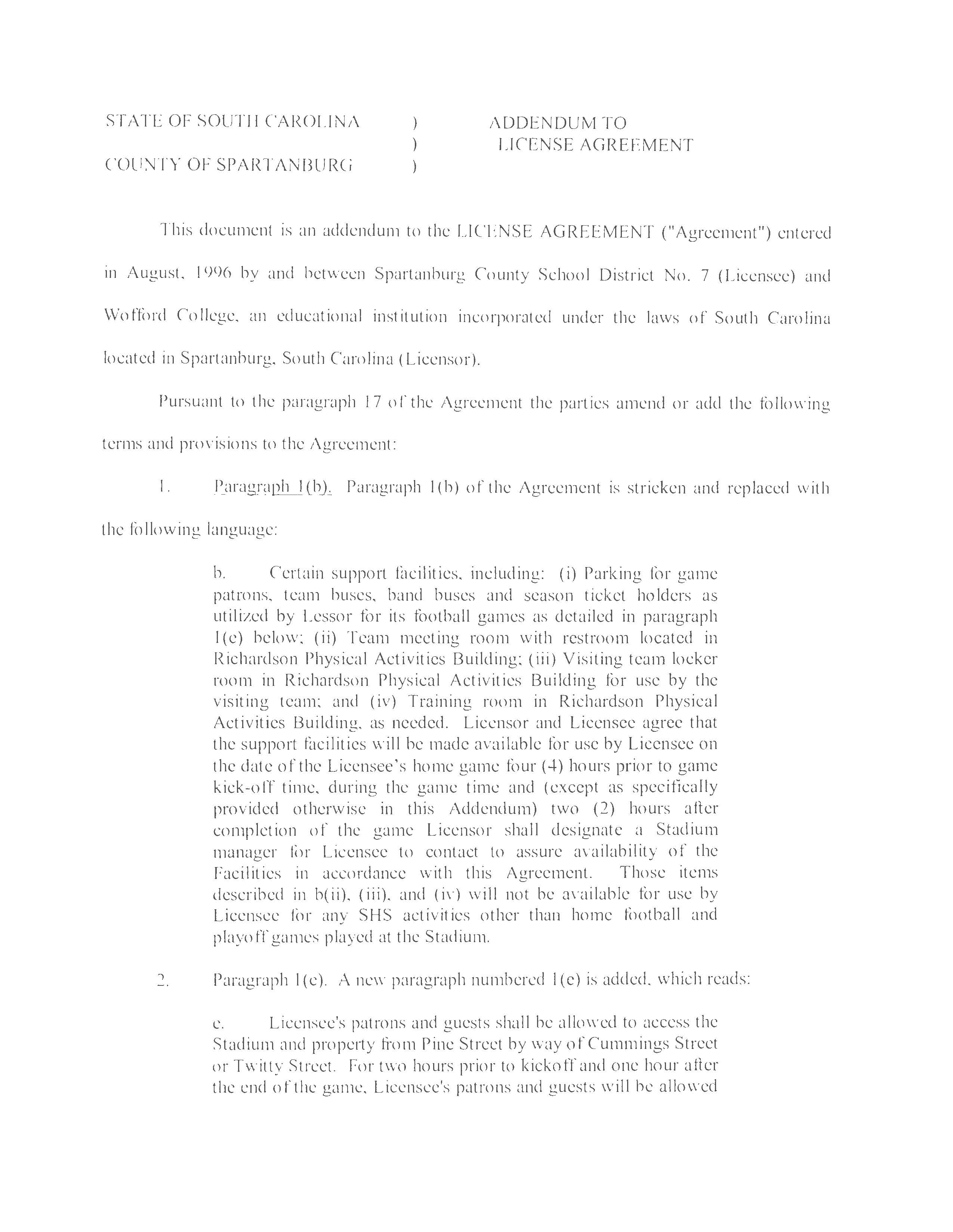 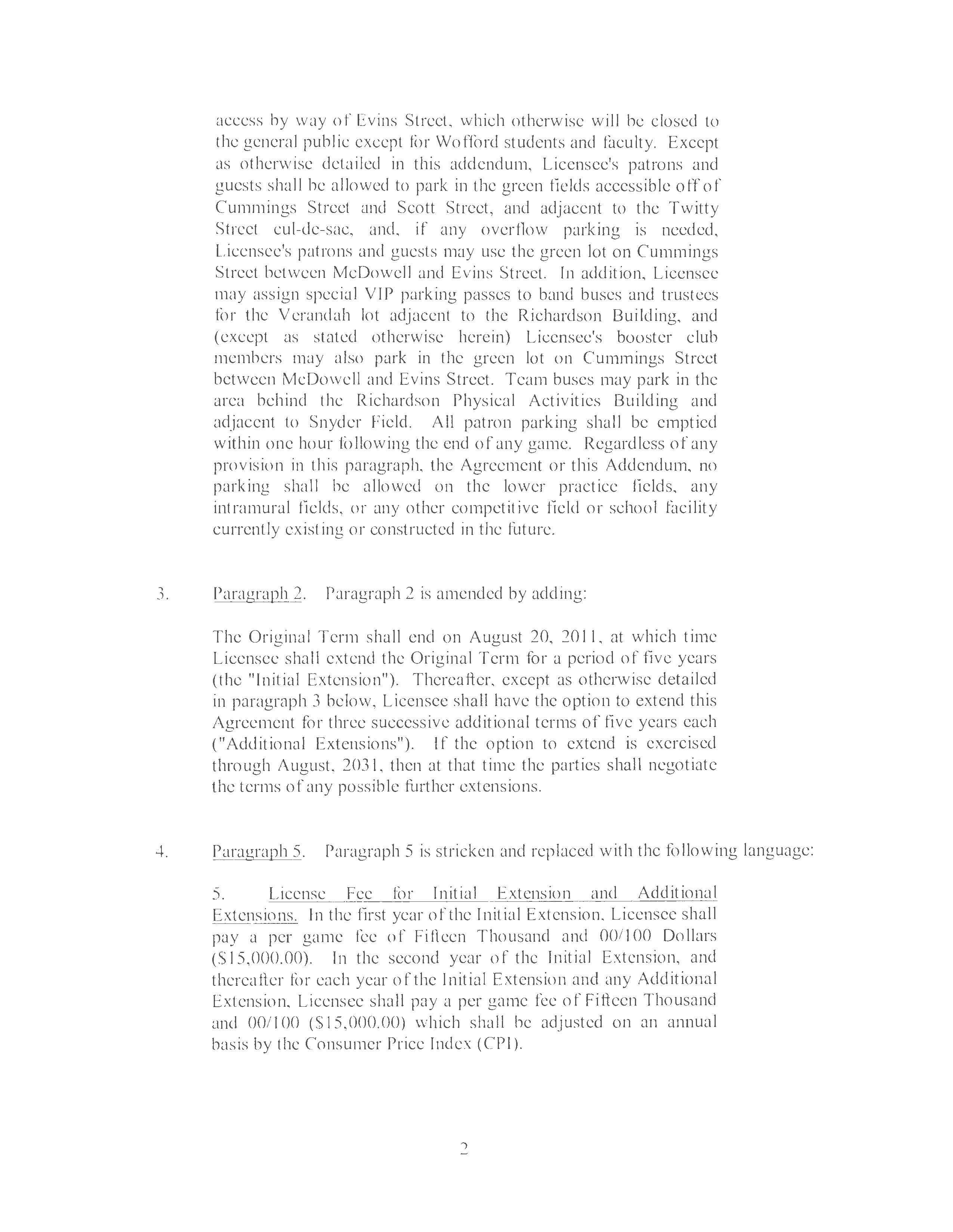 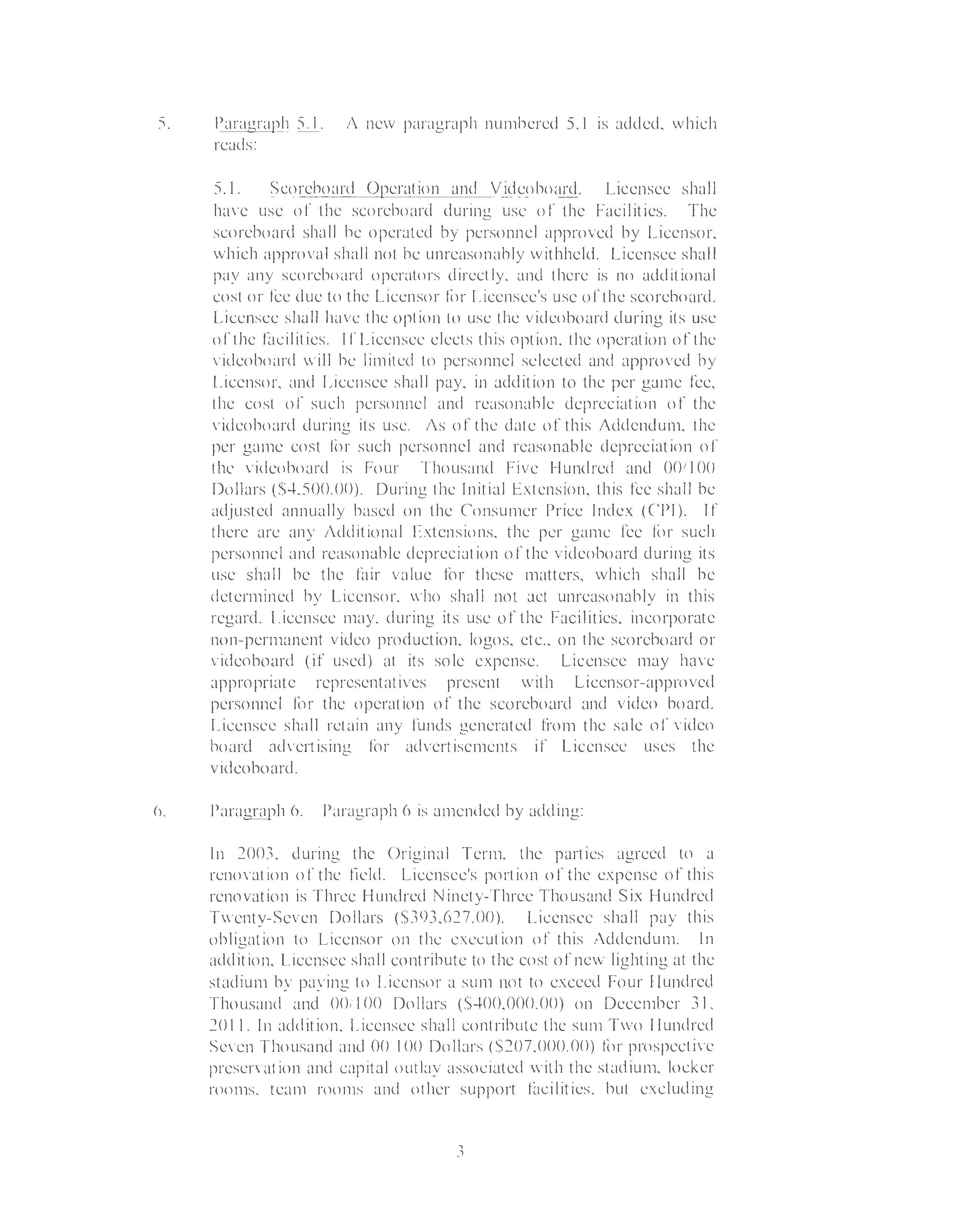 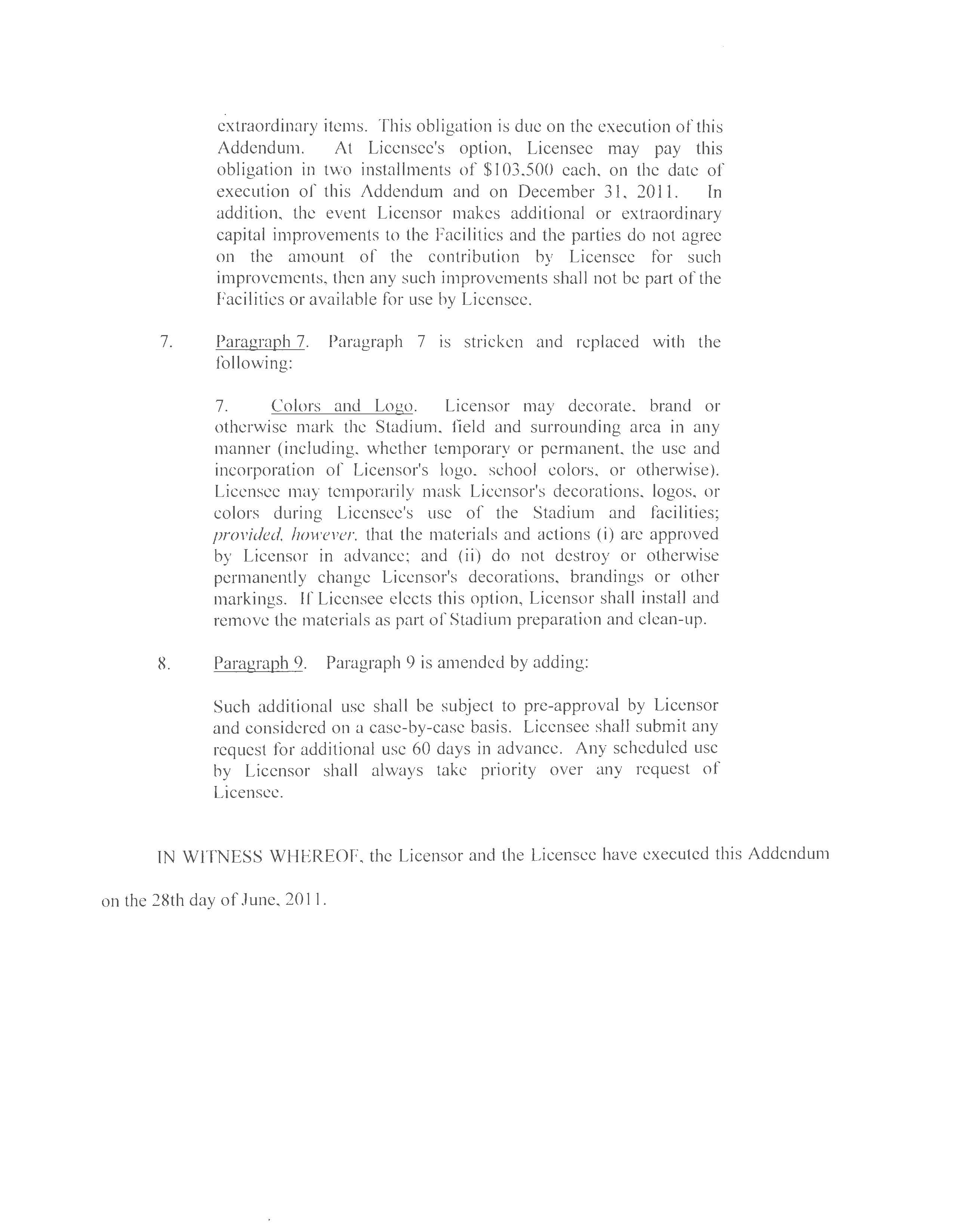 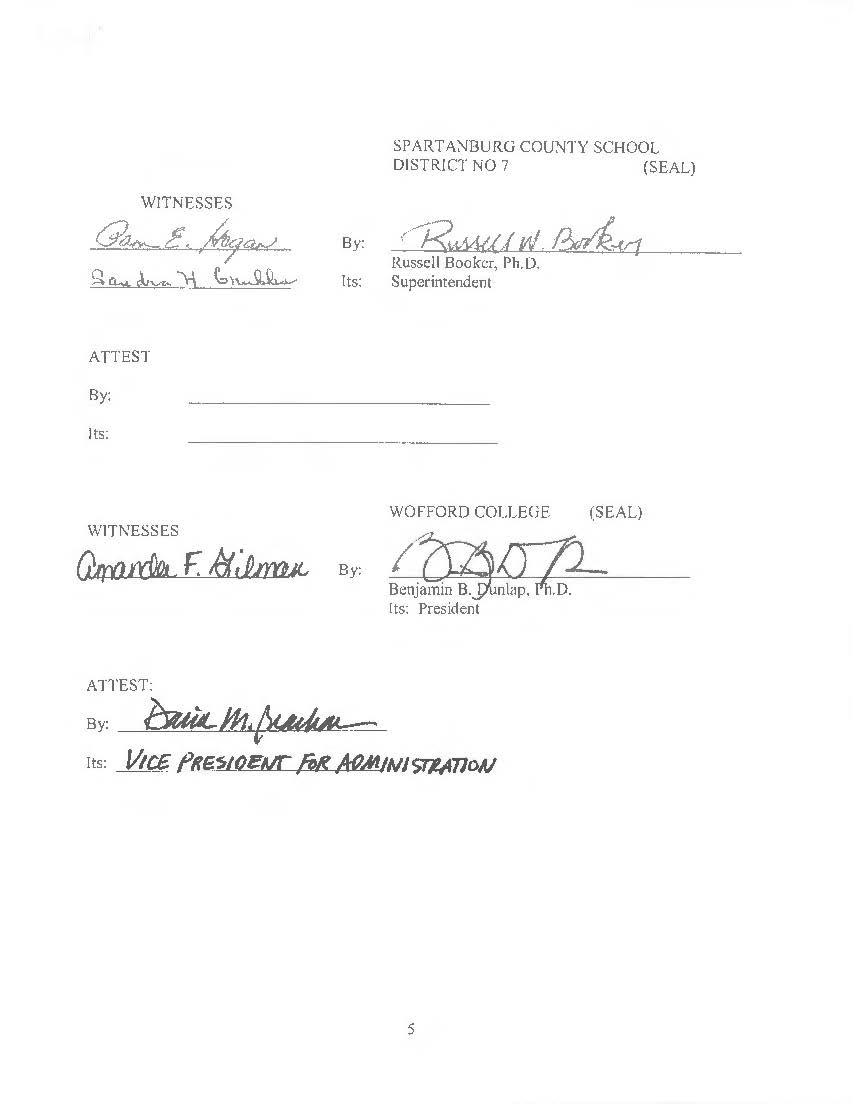 One-time fees were agreed upon in 2003 and charged in 2010, totaling $1,000,627. Those fees have been paid, and will not be charged again. Attempts by some to represent these one-time fees as yearly fees, or trying to split them up from 2011 to present day, are just playing more of their dishonesty with numbers and words, as we’ve seen so often from the proponent committee.

Cost of Maintaining Our Own Stadium

Since the District couldn’t be bothered to do the research and present the public with a cost comparison, we did it ourselves.

We found sources online in similar markets with similar needs so that we can at least examine a possible range of costs. The specifics are included  below the chart.

In Arkansas in 2009, a study was done of the basic maintenance of the TURF ONLY of an athletic stadium. Again, since we don’t have details as to whether it is going to be natural or artificial turf, we can only give general ranges, but that’s better than what we’ve been told so far by the district … which is nothing on this topic.

Then, there are long term costs, as no field surface lasts forever and will need to be replaced periodically. According to the Turfgrass Producers International, the NFL, and several educational institutions in several states, the replacement time period for artificial turf is about every 8-10 years, natural turf might typically last 8-16 years. Spreading out the cost of replacement to a PER YEAR cost:

Other sources present different cost scenarios, however. According to a turf manufacturer, current natural grass costs are higher than reported in that 2009 study. http://www.fieldturf.com/en/fieldturf-difference/cost-analysis

They claim natural grass maintenance is actually $70,000 per year, and that the turf life is 6-8 years. I understand that since they are a commercial manufacturer of artificial turf, maybe their numbers tend to be on the high end for their competitor (natural grass), so I haven’t placed as much emphasis on their numbers in this analysis.

That’s not the end of it, though. Replacing the field involves disposal costs because the materials used underneath the surface of the turf is usually recycled rubber (old tires), as anyone who’s tried to dispose of car tires can tell you, the County of Spartanburg is pretty picky about how you dispose of that. The latest study shows that disposal costs are $130,000 plus transportation costs and landfill charges. At the Spartanburg County landfill, individual households are allowed to dispose of their personal car tires in small amounts at no charge; however, large truck tires, rubber waste products, and truckloads of rubber waste are charged by the weight. To check on this, give Jes Sdao a call at the Spartanburg County Landfill, (864) 949-1658.

And even that’s not the end of it. Increased liability and other insurance, security, employees to maintain the property, etc. would be needed constantly, not just during the games as the current arrangement allows. We estimated those costs, and it is shameful that the District did not. For example, the extimated costs of 3 full time employees with pay and benefits (http://www1.salary.com/Groundskeeper-Salaries.html for groundskeeper pay) is over $120,000 per year.

They say that during the football games at Wofford, District 7 pays for employees to sell and take tickets, provide parking help and security. If we had our own stadium, we would have those SAME costs, PLUS extra labor and security costs for all the other days. Our responsibility for liability, security, employees, etc. would be increased, and by how much, we don’t know.

The District doesn’t know either, because they have not asked. I have had three different Public Records requests in to the District asking specifically about details on the Wofford Stadium arrangement vs. having our own stadium. I’ve asked these similar questions about many aspects of the whole project, because it seems like it would be a simple cost comparison that any responsible homeowner or business owner would ask … what would it cost to rent, vs. own? The latest response from the District to this question is below:

Since they couldn’t be bothered to do a study, we’ll just do a quick one here, based only on what information was publicly available, provided by the District, or researched and found to be similar: District 7 Opinion of Probable Costs

Annual expenses to use the NFL quality, world-class Wofford stadium:

— leaving out costs that apply to both renting and owning:

(Income) Half the concession sales: unknown, but bigger than zero

Annual expenses for D7 to own its own stadium:

— leaving out costs that apply to both renting and owning:

Liability insurance for all the other days of the year: average $50,000

Security staff for all the other days a year: average $90,000

Employees for maintenance and caretaking of stadium and related items for all the other days a year: average $122,000

PLUS A BUNCH OF OTHER STUFF THAT WE PROBABLY DIDN’T THINK OF BUT SHOULD BE TOLD: unknown

TOTAL TO OWN A STADIUM (NOT INCLUDING CONSTRUCTION COSTS): Absolute minimum of $414,000 per year

PRINCIPAL AND INTEREST PAYMENTS ON STADIUM ALONE: $463,000 per year

Total costs to build and own a D7 stadium:

Citizens for the Children's Future